Colborne Library will be reopening to the public on Thursday, February 25th. 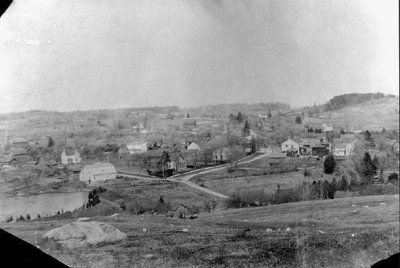 Still Standing in Cramahe...But Where?

Still Standing in Cramahe....but where?

Hello Cramahe, every Saturday we will post a historical picture of a home, building or landmark that is still standing strong in our wonderful community.

Your task, if you choose to accept it, is to tell us where they are located!

Try to spot the Past picture, in the Present. Post answers in the comments section of our Facebook page or email us with your answer!

You can also submit photographs and stories from your family's experiences in and memories of Cramahe to Cramahe Past and Present by uploading @ Share your Story on Cramahe's Digital Archive site.  For more information click here.

This barn has been lovingly maintained and operated since 1905 by generations of the same farming family.  HINT: This magnificent landmark sits high on a hill between Castleton and Morganston!

“Fruit Houses” which held apples for local consumption were usually constructed of five wooden walls, one inside the other to give four air spaces for insulation.   HINT: From fruit for our bellies, to food for our souls.

This beauty has had a face lift recently, but still remains a classic Gothic revival style. Home of Michael John Doyle, who was a Reeve in Cramahe Township  and a Warden of the County. HINT: Childhood home of Canada's 1st Female Conservative Senator

This splendid farm is still being worked in the rolling hills of Cramahe Township. Reaching the milestone as a century farm in 1967, until recently it had been farmed by the descendants of the original owners. This beauty has always shown pride of ownership.  HINT: The only farm now left on this road. Appropriately named after this farming family.

Do you know what was housed on the second floor of the Standard Bank building?  The entrance was on the side of the building next to the Enterprise office.  An important part of any community, it is believed to be the first location of this organization. HINT: Pat Gale worked here up until 1927.

Take a drive! Look around!  Nicely tucked away on a meandering back road this house of worship served the congregation of this area from 1863-1965. The drive shed from horse and carriage days is no longer standing, but this reminder of generations past stays.  HINT: A beautiful cemetery just down the road holds descendants and parishioners of this small community in Cramahe.

This building has been in continuous use since at least the early 1870’s. A place where the community could purchase anything!  Fence wire to penny candy and everything in between could be found.  As time passed it has been updated, yet you can still see some of the original features and indulge in delicious hand scooped ice-cream! HINT: At the four corners of a little Cramahe village, this building is still standing strong!

This Splendid building was originally built in 1869 as a place of worship for the Wesleyan Episcopalians.  The magnificent veranda was removed in 1943, and a vestibule added. It still generously serves our community today. HINT: Situated on the main street, welcoming to all and is still standing strong!

Beginning with travelling stage shows and the ever-popular medicine shows that had the cure for 'What Ails You', this building was completed in 1906.  It is still standing strong!  Silent picture shows to talkies, school and church productions, Christmas pageants and New Year's Eve parties were held here...buggy repoair, gas station, pharmacy. This building has seen it all! HINT: It is said that Marie Dressler performed here!

Once a part of 'downtown' in this village, it included Harry Hart's Butcher Shop and Naish's Egg-grading Station.  This building was beside the Naish Block, and is the only building left on what was a bustling section of town.  HINT: Now a private residence, this building is still standing strong in Cramahe!

With only a few minor changes, this beautiful farm is still intact and can be recognized between Castleton and Morganston. The Illustrated Historical Atlas of Northumberland 1878 states the owner as Joseph Bawden.  The 1851 census states Mr. Bawden and family are English and have been in the county since 1845. HINT: Still the original red brick,and easily seen from Cty Rd 25

Your new library card will open a world of posibilities!

We've sent your email. We'll try and get back to you as soon as we can.

© 2021 Cramahe Township Public Library. All Rights Reserved. Always try to save paper! Print only when required.